[I have created a new category on my blog called “Amazing People” for stories of those special individuals who have touched or influenced my life as well as the lives of countless others. Erica Rutherford was such a person. I know you will enjoy her touching story, and in the end you will understand why I call her—Erica the Beloved.]

I will never forget the first time I saw Erica. It was January 6, 2003, and my husband and I had just arrived at the Oasis of Hope Cancer Treatment Hospital in Tijuana, Mexico. We came here as a last resort since all conventional efforts to treat my husband’s fast-growing prostate cancer had failed. Isn’t that what you do—one last ditch effort to halt the inevitable?

It felt strange being in another country, although the atmosphere at this facility and the warmth of the staff were comforting. I had done my research and believed this place to be what its name suggested: an oasis of hope for those who had none.

Knowing no one, we made our way to the dining hall for the evening meal. There she was—Erica. The fact that there was not a single hair on her bald head was totally overshadowed by her award-winning smile. Her soft hazel-green eyes sparkled with hope. With her pretty head tilted to one side and in a slightly slurred voice, Erica introduced herself as “Erica the Wonderful.” Within seconds, I knew that she was indeed wonderful, just as she had claimed. My heart struggled to accept that this wonderful young woman was in a battle for her life. Although cancer had invaded her twenty-seven year old body, she vibrated with life as she spoke of future plans.

Within a few days Erica and her mom, Carol, seemed like family to me. Each morning, the resident missionary held a Bible study and prayer time for family members and any patients who could make their way to the third floor. Our hearts fused together as similar stories were shared about the war in which we were all engaged—beating cancer. It didn’t matter what kind of cancer we were fighting—it was clearly the same enemy that had attacked our lives. If we had nothing else in common—we had a genuine hatred for the “C” word.

Erica had tongue cancer. Her doctors had misdiagnosed her illness over and over, wasting valuable time while giving the edge to the disease. It started as a small sore on her tongue, but like most mouth sores, it didn’t go away in a few days. The doctors tried to tell her that she had herpes or that it was from the Pavlova virus. There was just one problem—Erica was still a virgin who had never even kissed a boy in her life. She had not done drugs nor taken a drink of an alcoholic beverage. There was simply no explanation. Carol described her daughter like this: “I don’t even know where this child came from—she was so special.”

I have often marveled at the confidence of the Apostle John. John did not refer to himself as “John the faithful disciple,” or “John the eloquent writer,” or even “John the close friend;” but rather, “John the one whom Jesus loved.” What confidence! What an amazing relationship with the Savior! I believe that is the same relationship Erica had with the Lord Jesus. She was the one whom Jesus loved. Yes, even greatly loved. And while we knew Erica as wonderfully beautiful, incredibly courageous, faithfully charming, and adorably unforgettable, yet the One who created her knows her best as “Erica the Beloved.”

Our stay in Tijuana lasted only three weeks, but my relationship with those I met there continues on today. In time, we all had to say good-bye to the special person in our lives that had brought us to the Oasis of Hope Hospital. Yet, we stayed connected through phone calls and emails for our hearts had been linked for eternity. Within two months of arriving back at home, on March 31, 2003, God’s holy angels came and carried our angel, “Erica the Beloved,” to be in the presence of the One who loves her most. She was and is His Beloved. ~ Janie Kellogg 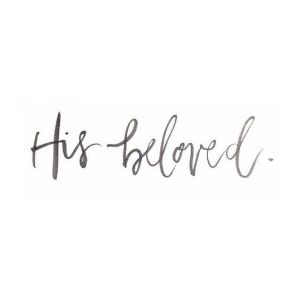 It was obvious that we were just another number—a number on a medical file folder. When my husband’s name was called, we walked mechanically to the doctor’s office and were seated in chairs across the desk from a man we had known only a few days. Apparently he had been through this hundreds of times, and we were just the next couple to fall prey to the “C” word.

The phone call a few days before told us the results of the biopsy were not good. Today we heard the medical name for the death sentence that had been handed to my husband. I doubted that I could remember it. The lay terms were no better:  Prostate Cancer, high PSA score, aggressive type, advanced stage. Strange terminology like metastasized and systemic swirled in my head as the doctor recited our options: A) surgery; B) radiation; C) chemotherapy; and D) do nothing.

The decisions were mind-boggling. Pint-sized hope was as scarce as hen’s teeth. We could pick and choose as much or as little as my husband’s declining health could endure. One thing was certain—we simply would not choose Option D—do nothing.  Option D wasn’t who we were. It wasn’t what we were about. Regardless of any other factors involved, Option D would not be our choice.

We chose Options A, B, and C, but none of them stopped the growth of the cancer, including a last-ditch effort in an alternative treatment center in Tijuana, Mexico. The deadly enemy had gone undetected far too long—so long that nothing we did could prevent the inevitable death of its victim. Two years later my 55 year-old husband went to be with the Lord. Yet, when it was all said and done, there was one thing we were not guilty of—Option D.

I believe America is facing a similar diagnosis:  an aggressive, advanced stage disease called “sin.” Words such as metastasized and systemic apply here as well. Clearly, a deadly cancer has infected our entire culture and is taking a toll on the health of our government, communities, schools, churches, families, and individuals. And yes, it too has gone undetected.

As a nation, we have options. While there are sharp differences in what we believe to be the best way to remedy the ills of our nation, such as liberal ideas verses conservative ideas and social solutions verses spiritual solutions, the one thing we must not do is to choose Option D.

Edmund Burke wrote: “The only thing necessary for the triumph of evil is for good men to do nothing.” While the statement’s original wording is debatable, the concept is true nonetheless. It can also be applied in many areas of life; for example, our spiritual health:

The only thing necessary for me and you to go to hell is for us to do nothing.

The only thing necessary for me and you to remain in bondage to sin is for us to do nothing.

The only thing necessary for me and you to lose the battle with our flesh is for us to do nothing.

The only thing necessary for me and you to continue in a half-hearted relationship with Christ is for us to do nothing.

The only thing necessary for the Church to remain indifferent and un-revived is for Christians to do nothing.

The only thing necessary for the Church to be ineffective in our world is for Christians to do nothing.

Complacency is a deadly problem. We hear its voice continuously in our ear:  Things are not as bad as they seem. Other generations faced these same problems. Just ignore the issues. Tolerate the differences. Live and let live. Don’t get excited. Don’t act. In other words: Do nothing!

I fear that we have been complacent far too long. Yet, there are actions that we can take before our toxic condition worsens and we succumb to the inevitable—the death of a nation.

Whatever we do, we must never choose Option D. ~ Janie Kellogg