[Dedicated to Drew Wright, a true soldier of the cross, who in his darkest moments and deepest sorrow gave glory to God.] 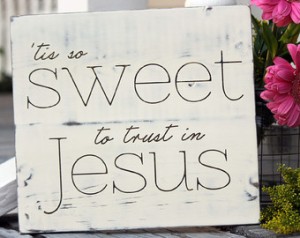 The saying “There are no words” grips my heart. I don’t use it lightly. To me it is an expression of deeper pain than the little inconveniences of life can bring. I did use it recently though, in the days following Christmas Day 2017. An event occurred that brought such deep wounding to my soul that there was nothing else to say.

By all accounts it seemed to be a normal Christmas for Susan and Bill Wright, friends of my family for over 30 years. Since they were expecting their first grandchild, it was sure to be a memorable one as well. What could be more joyous in this joy-filled time of the year than the anticipation of a new baby? Friends rejoiced with them as they waited and celebrated life at every stage.

Their son, Drew, and his beautiful wife, Shannon, were 32 weeks pregnant with Baby Asa James. He was already held tightly in their hearts, but it would be a little longer before they could hold him in their arms. Shannon’s parents had moved from another state to live closer to their first grandchild as well. The entire family was entirely prepared to welcome this special little guy into their lives.

Yet, three days after Christmas something went terribly wrong. There had been no way to prepare for the events that would unfold over the next five days. Drew’s first message on Facebook on December 29th stunned readers:

“Yesterday morning was the hardest day of my life. My best friend and bride, Shannon, passed from this life and entered heaven. We don’t know all the details, but Shannon became unresponsive and was transferred by ambulance to the hospital. She never regained consciousness, but gave birth by C-Section to Asa James Wright.”

The tragic news shocked family, friends, and members of the church where Drew serves as Student Pastor. As the story spread on social media, hundreds and perhaps thousands of Christians began to pray for the family and especially Baby Asa, as his tiny body clung to life. The next Facebook report was a request from Drew:

“Asa is the most beautiful thing and looks just like his momma. Asa is in critical condition and is being treated by doctors for his best chance at survival. I humbly but boldly ask that you would pray. Pray for Claudia and Todd as they lost their daughter, pray for Clayton and Lindsey as they lost their sibling. Pray for my family as Shannon was the daughter and sister they’ve always wanted. Pray for me. I am hurting and broken, but I know God is good. Lastly, pray for a miracle for Baby Asa. He needs our Big God to show up in a big way.”

During the next few days, friends and family surrounded Drew and his infant son with support, comfort and prayers. Because of the Internet, I was aware of what was happening to my friends. A picture of Baby Asa’s tiny body connected to high-tech medical devices with tubes and tape was difficult to take in; yet many prayer partners helped bear the burden of brokenness and grief.

More questions than answers filled our hearts as we continued to call upon God for a miracle. How could this be happening? How will this young man survive such sorrow? How can he declare that God is good in the midst of sheer heartbreak? Is there any purpose anywhere in this tragedy?

“In the mighty wake of hurt, we do not seek God’s deliverance from it…we seek God’s presence in it. We run to God bleeding, broken, confused, in disbelief…because nowhere else can we be comforted, answered, loved, and pieced together.”

With each report the heart-wrenching pain grew worse. Another picture showed Drew’s youth group praying and calling out to God in behalf of their leader. A part of me wanted to pull away and know less about this tragedy, yet my efforts to protect myself were futile. We are a body—the body of Christ—and when a part of us hurts, the whole body hurts.

Later that same day, the family was told that the doctors had done all they could for Baby Asa and that they would begin to focus on an end-of-life plan. Once again, Drew informed his prayer partners:

“We still hope for a miracle, but are coming to grips that this may be God’s outcome. Specifically pray that Asa’s short life will have an ongoing ripple effect for the sake of the gospel and God’s goodness in the midst of tragedy.”

A picture surfaced on January 2nd that caused me to finally utter the phrase: There are no words. Drew held Asa close to his heart while others encircled him, laying their hands on his shoulders as he prayed and dedicated his baby son to God. He described those moments like this:

“Today we got to be together to celebrate and dedicate Asa James to the Lord and his story to the glory of God. Sometime in the near future he will most likely breathe his last breath, but in the midst of hurt and pain and questions and fear, I am filled with joy—joy unspeakable that has no words, but just is living in me. God, only you know the impact this young man’s story will have and we trust you with that. God, I trust in you through all of this. I know that Shannon is getting to be what she was designed and destined to be—to be a mom. And today I am thankful for that. Thank you to everyone for your prayers and continued prayers for me, my family, and this community. Pray that God will use this as only He can….”

Drew’s prayer reminds me of a prayer by another young man, who facing something so painful and indescribable, prayed “Nevertheless, not My will, but Thine be done.” Just like his Savior, Drew yielded to the Father’s greater plan. For it is there in the place of surrender, that true joy—the joy he spoke of—can be found.

The following day, January 3, 2018, Asa James Wright slipped away from us and entered heaven where he is held safe in the arms of Jesus and his adoring mom.

When the family announced that a memorial service for Shannon and Asa was to be held the following Saturday, my heart pondered how they would prepare for such an event. The sorrow seemed too deep—the wounds too raw. The faith of many, including my own, had been tested. Would the faith of many stand and not fail?

As I prayed for my friends about what the next few days held for them, the Holy Spirit took me on a journey down memory’s lane. You see, there had been a time in my own life when tragedy had robbed me and my family of a loved one. We too had felt the pain, the emptiness, and the confusion that comes when a loved one is snatched away too soon. In that moment I heard His gentle whisper:

“It was in those dark days when it felt like you were living in a dream and not knowing where you were or how you’d get through the next day or the next hour, when you needed a strength much greater than you own, that something supernatural showed up and carried you.”

Oh, how well I remember what my sweet Jesus had done for me in those dark days. For when there are no words, there is grace.

His grace had held me up. His grace had strengthened me. His grace had gotten me through that dark valley and carried me safely to the other side. I instantly knew that He would do it for my friends as well. And He’s likely done for you, too.

Jesus promises to comfort us in our sorrows, to heal our broken hearts, and to give us peace that passes understanding, if we will trust Him. His Word has never failed His followers and it never will. And so we trust. ~ Janie Kellogg

‘Tis so sweet to trust in Jesus,

Just to take Him at His Word.

Just to know that He has promised,

Jesus, Jesus, how I trust Him!

How I’ve proved Him o’er and o’er;

5 thoughts on “When There Are No Words”